“45 Cerebros y un Corazón” marked the debut of Maria Arnal and Marcel Bagés, now one of the most prominent musical duos in Spain.
Within a year, they went from playing at local events to being listed at some of the main music festivals and venues across the country and abroad. In an intense tour of more than 170 concerts, they performed in Washington, New York, Perú, Russia, Morocco and Kazakhstan, among other.

Concert by concert, while all of this was happening, they were getting to know each other, melting the boundaries between them and redefining themselves as one. This intimate and authentic portrait taken at the end of the tour delves into their music as much as it does into their realtionship, on an off the stage. From an experimental rehearsal in a little church in Flix, to the stage of Alameda de Hércules in Sevilla where the tour finally ended. 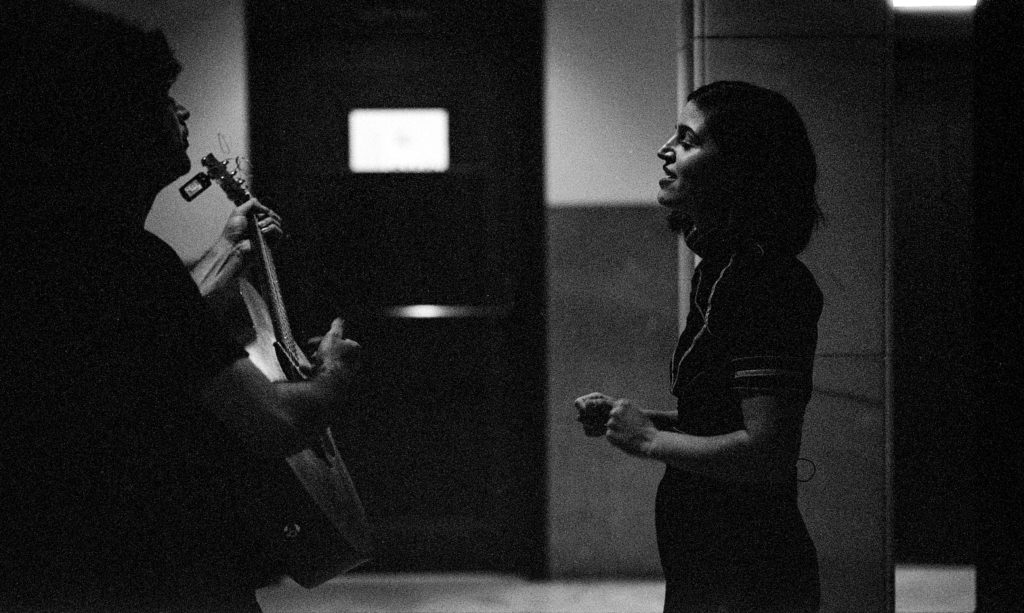 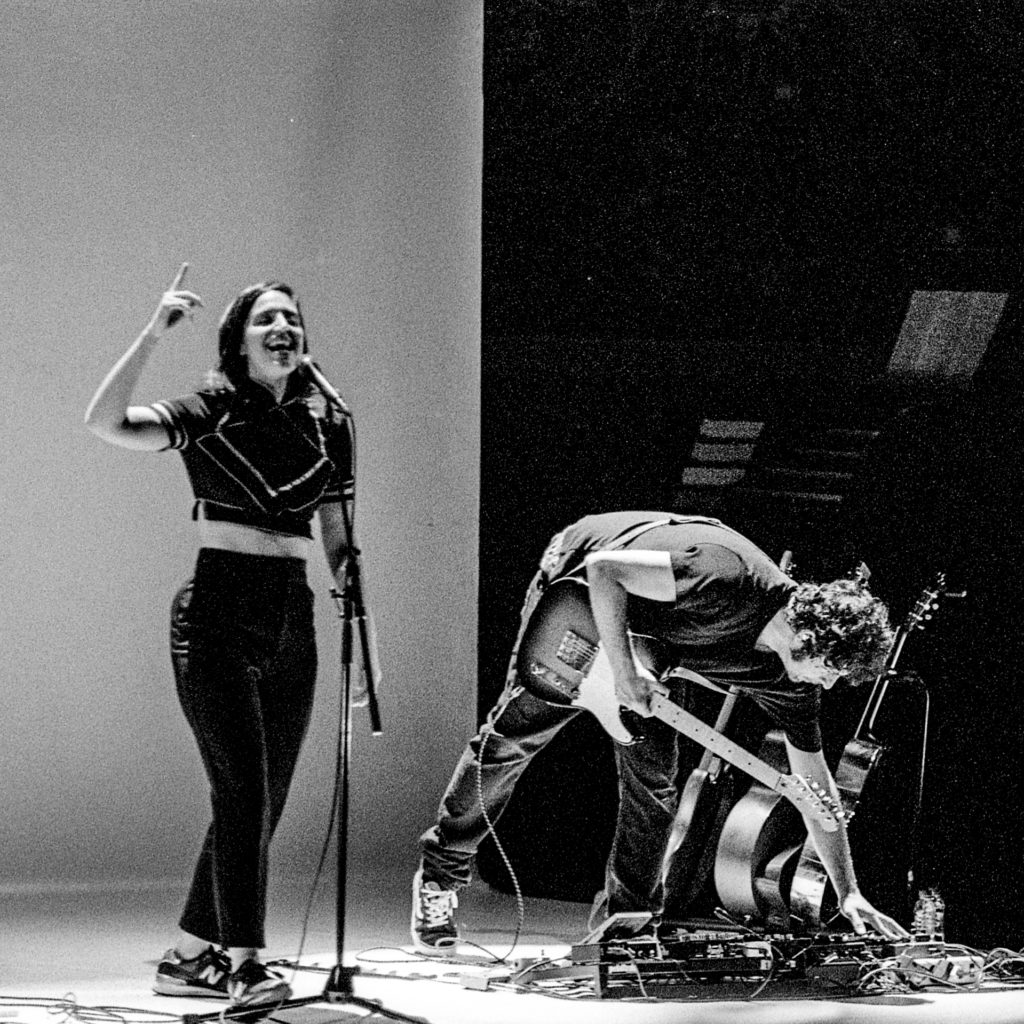 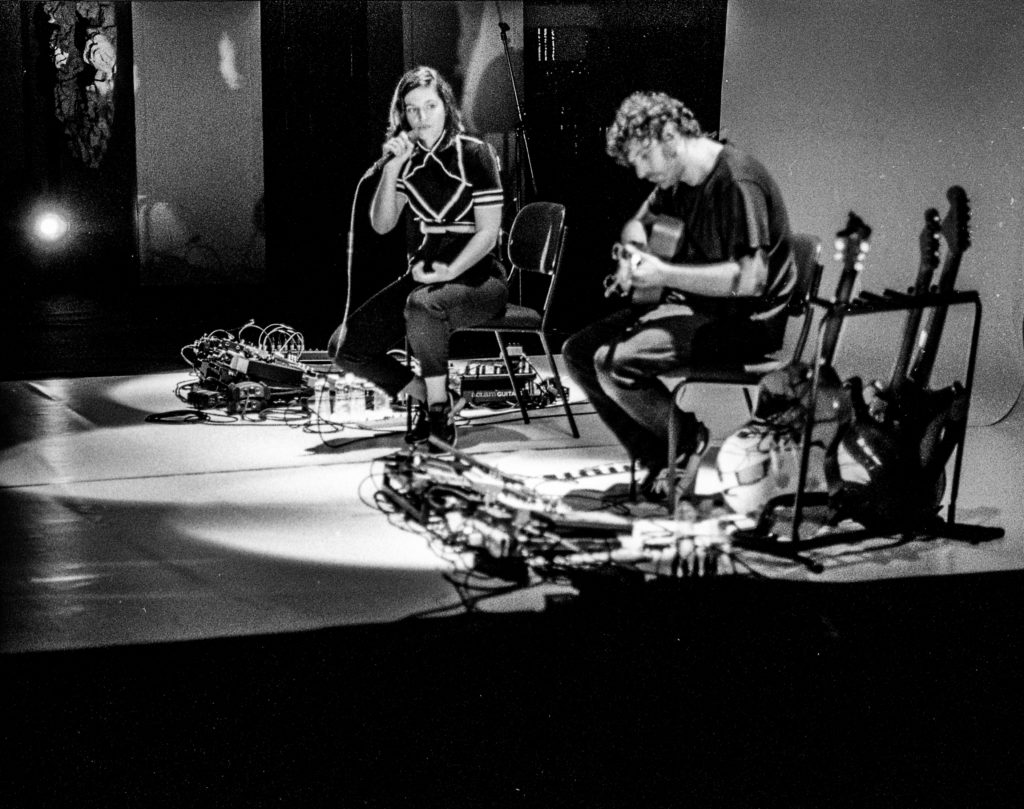 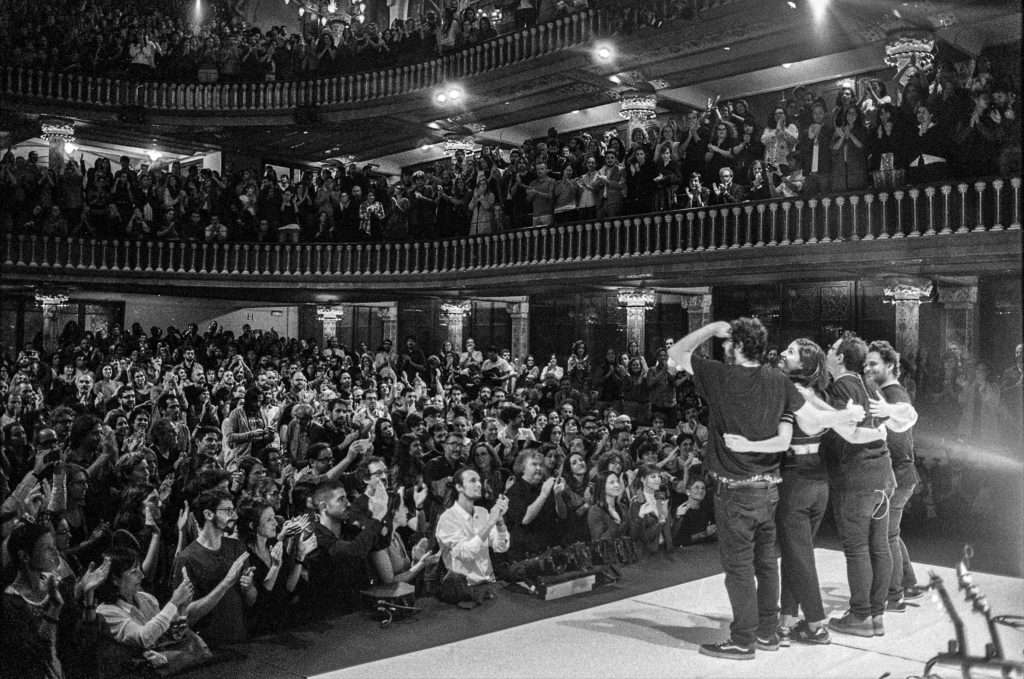